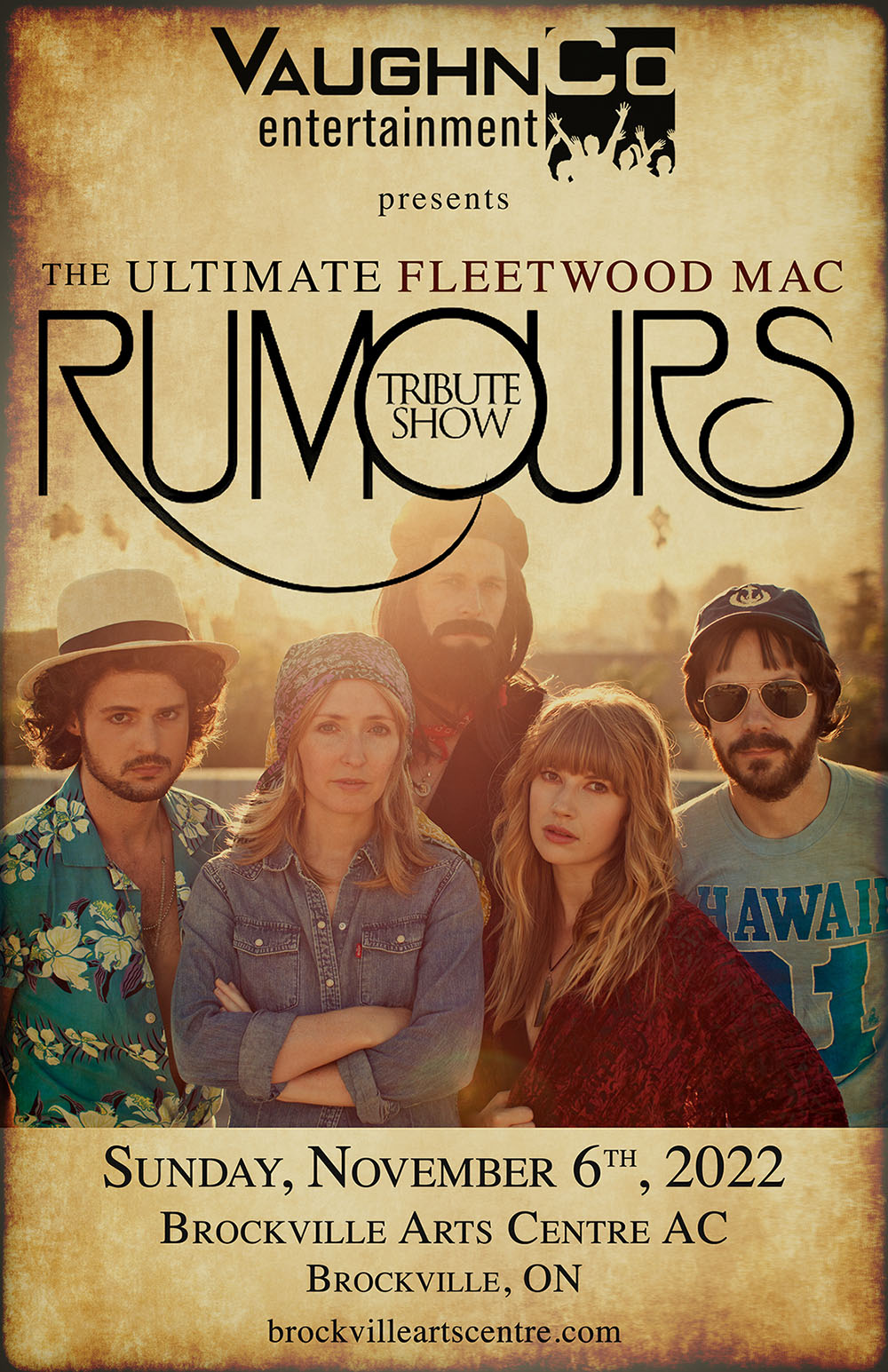 VaughnCo Entertainment is proud to present a return engagement of “Rumours” The Ultimate  Fleetwood Mac Tribute Show based in Los Angeles, California. The group recreates the legendary band in it’s youthful heyday from 1975-1979.

“It’s been said imitation is the sincerest form of flattery. I say THANK YOU!”- Richard Dashut Record Producer – Fleetwood Mac albums including Rumours, Tusk, Live, Mirage, Tango In The Night, and Time. After finding huge success in Los Angeles, selling out their regular Roxy Theatre performances month after month, the band moved from the world famous Sunset Strip to Casinos, Theatres, and clubs all over America.

The band is comprised of vocalist/artist/actor Jesika Miller, vocalist/film maker/photographer Rebecca Fishman, drummer/actor Ned Brower (Rooney, Mike Viola, Dawson’s Creek), guitarist/producer/engineer Taylor Locke (Rooney, Taylor Locke and the Roughs), and bassist/producer/engineer Nic Johns (Ben Lee, Margaret Cho, Room 8)
Rumours has meticulously put together a show that spares no detail.  From period accurate equipment and costumes to spot on characterizations and musical performances, ” Rumours” takes you back to a time when music was still an unbridled cultural experience and bands weren’t afraid to put on a show.

We Hope That You Will Enjoy Your Experience During Live Shows and That You Know That We Are Keeping You Safe!

To ensure continued compliance with Reopening Ontario (A Flexible Response to COVID-19) Act, 2020 and related regulations, the Brockville Arts Centre has introduced the following actions to keep you safe!

Please remember that a mask or face covering must be worn at all times while you are in the building.