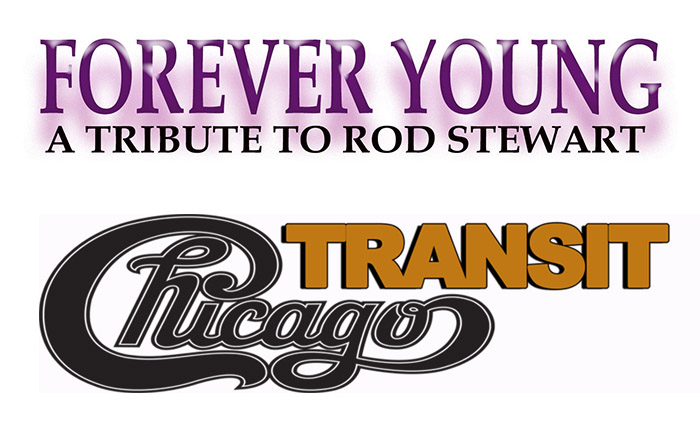 The Music of Rod Stewart & Chicago

The British Legends – The Music of David Bowie, Queen & Adele

Night Fever – An evening of the Bee Gees & Cher

CHICAGO TRANSIT With four lead vocalists, 4 piece rythmn section and a three-piece horn section, the band has performed their Chicago Transit (a tribute to the band ‘Chicago‘) – the first of its kind and longest running anywhere in the world. CHICAGO TRANSIT has toured throughout Canada and the U.S. for over three decades.

FOREVER YOUNG Doug Varty has fronted the band as ROD STEWART in the FOREVER YOUNG show with CHICAGO TRANSIT for years.  The show has regularly travelled and performed throughout North America, at festivals, theatres, casinos and corporate events.