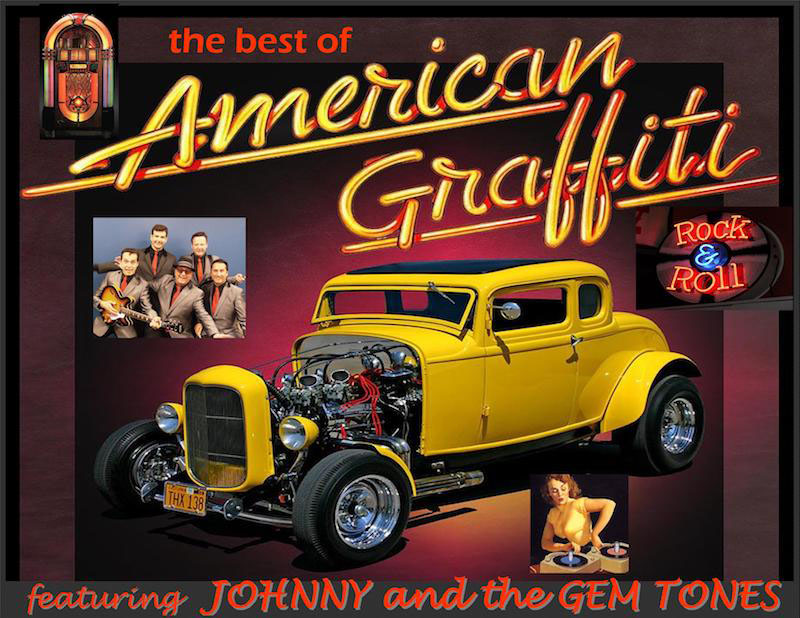 THE BEST OF AMERICAN GRAFFITI

When purchased with a 2022 Pricedex Summer Series Subscription $30.00 + HST

The iconic movie American Graffiti from the early 70s was a pioneer in reviving the Rock ‘n’ Roll music of the 50s – Now for the first time Booking House Inc presents a Tribute Concert to American Graffiti featuring Johnny and the GEM TONES! The show brings back every major hit from every major artist, from 1955 to 1965.

You’ll hear hits by Elvis, Chuck Berry, Little Richard, Jerry Lee Lewis, Fats Domino, Bo Diddley and Bill Haley and the Comets! Also included are Rockabilly classics by Eddie Cochrane, Gene Vincent and Buddy Holly. The Doo Wop era with songs by The Diamonds, The Del Vikings and Dion and the Belmonts! Into the 1960s with The Beatles, The Beach Boys, The Four Seasons, Roy Orbison, Del Shannon and a highlight to Danny and the Juniors with At the Hop and Rock and Roll is here to stay.