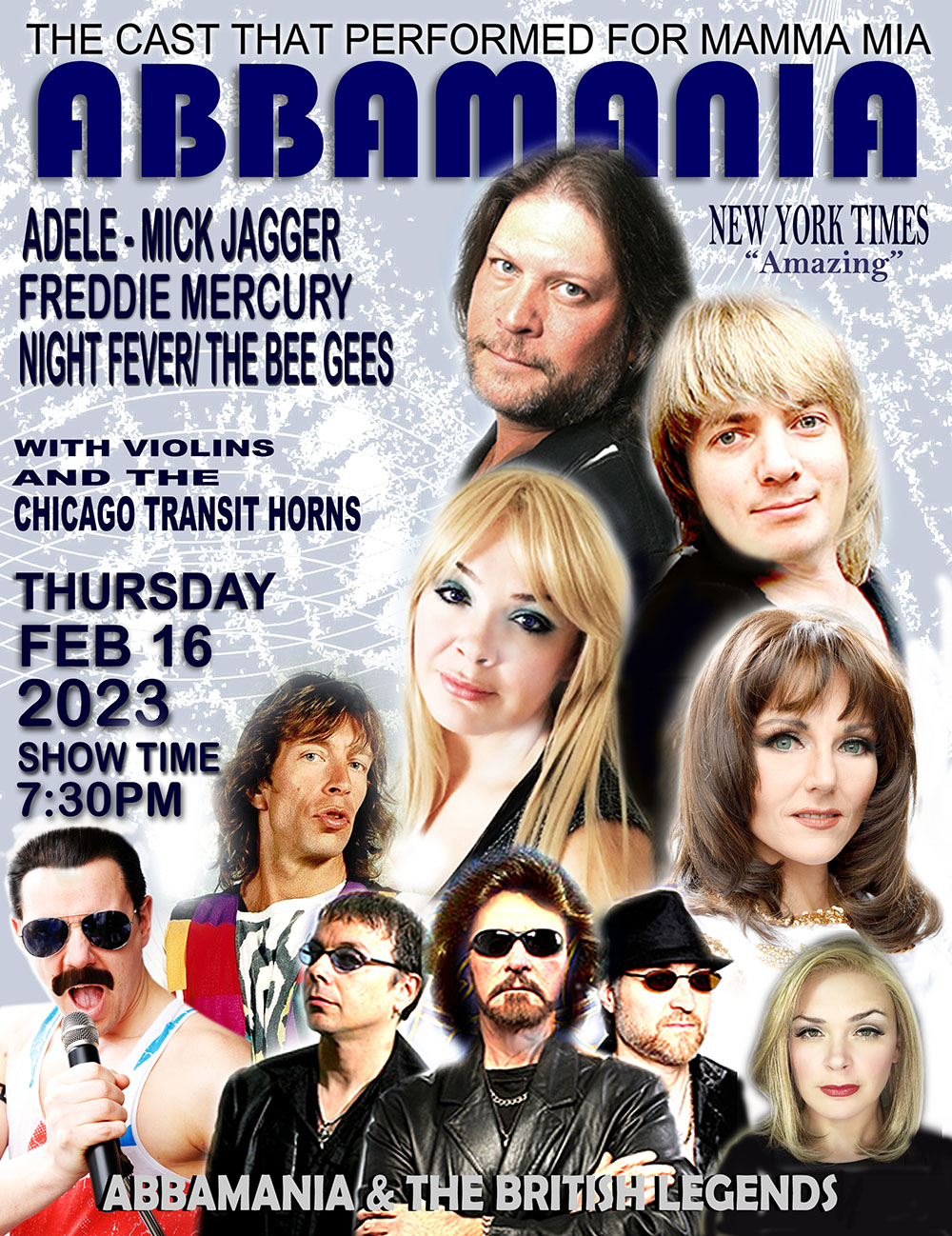 AbbaMania, the world’s number one production of Abba returns to the Brockville Performing Arts Centre.  The show consists of studio musicians and an incredible front 4 that recreate Abbamania live in concert. They are the only Abba production to perform for the cast of Mamma Mia. Hear the hits from “Waterloo, Mama Mia, S.O.S to Dancing Queen.  Let Abbamania  take you back in time to when Abba  ruled the pop music world.

Globe & Mail – “I thought I was watching the original, Wow!!!